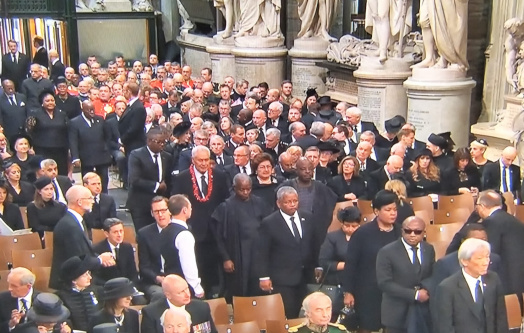 Upon their arrival in the United Kingdom on Sunday 18th September, President Ramkalawan and The First Lady paid their final respects during the Lying-in-State of Her Majesty the Queen held at the Westminster  Hall.

On Monday 19, the Head of State and the First Lady attended the State Funeral service of Her Majesty the Queen held at Westiminister Abbey followed by the final procession from the Westminister Abbey to Wellington Arch.

The President and the First Lady will depart the United Kingdom (UK) later today for New York, where they will be attending the 77th session of the United Nations General Assembly.