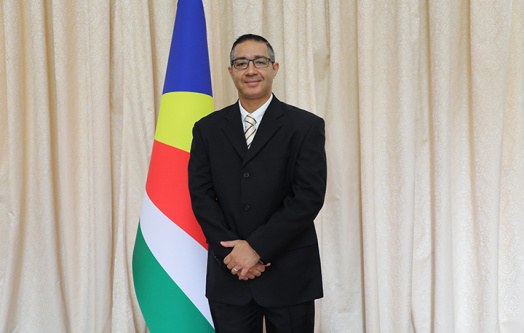 Appointment of the Principal Secretary for Trade

President Wavel Ramkalawan has today announced the appointment of Mr Francis Lebon as the new Principal Secretary for Trade.

Mr Lebon holds a Master’s Degree in Business Administration from the University of the West Scotland and has over 20 years working experience in both the public and the private sector.

He started his public service career in 2010 as a Senior Competition Analyst and he had held several senior positions at the Fair Trading Commission. Prior to his appointment as Principal Secretary he was the Chief Executive Officer of the Commission. A post he has served since 2017.