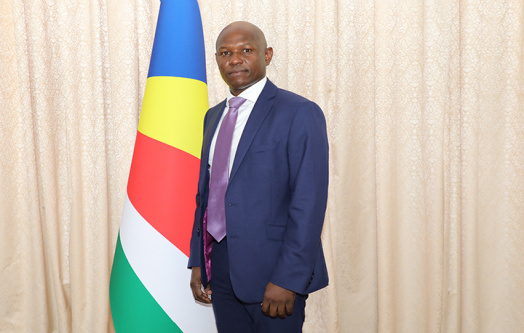 Appointment of the Principal Secretary for Trade

President Wavel Ramkalawan has today announced the appointment of Mr Ronald Cafrine as the new Principal Secretary for Trade.

Mr Cafrine holds a BA (Hons) in Economics from the University of Essex, UK and has over 26 years of working experience in both the public and private sector.

He started his public service career as an Economist and he has held several senior positions in Finance. His most recent appointment was Commissioner General of the Seychelles Revenue Commission, a post he held from September 2017 until May 2019, when he joined the private sector.

Ms Cillia Mangroo, the outgoing PS Trade, will now assume the post of Executive Director in the office of the Minister.