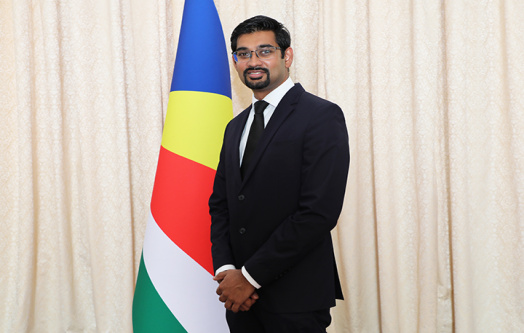 The Office of the President has today confirmed the appointment of Mr Jitesh Shah as the Chief Executive Officer of the new Seychelles Infrastructure Agency (SIA) with retrospective effect from 1st March 2022. Mr Shah was most recently the Acting Principal Secretary for Infrastructure in the Ministry of Lands and Housing.

The Office of the President has also confirmed the Members of the Inter Ministerial Committee which will oversee the work of the Agency, in accordance with Section 7 of the SIA Act of 2021.

The Committee will be chaired by the Minister of Lands and Housing, Mr Billy Rangasamy. Its Vice-Chairperson will be the Minister for Agriculture, Climate Change & Environment, Mr Flavien Joubert.

The other Members of the Inter-Ministerial Committee are:

As the CEO, Mr Jitesh Shah will be an ex-officio Member of the Inter Ministerial Committee, and will also serve as Secretary to the Committee.