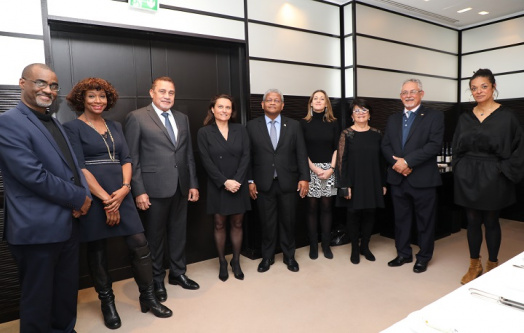 During his meeting with the Executive Committee, the President was briefed of the journey so far to establish the association and their efforts to implement various thematic projects linked to culture, fisheries, investment opportunities and others. Under the Chairpersonship of Mrs Virginie Mathieu, who is also the Honorary Consul for Seychelles in Paris, the executive committee members present also updated the Head of State on their plans for the future and sought his views on how they can work more closely with Government.

President Ramkalawan commended the committee for their commitment and engagement in not only working to bring the Seychellois Diaspora in France together but in implementing concrete projects for the socio and economic development of the people and the Seychelles. “I am impressed and I pledge my full support in finding ways through which government can partner with the association to advance or facilitate key projects being implemented” said President Ramkalawan.