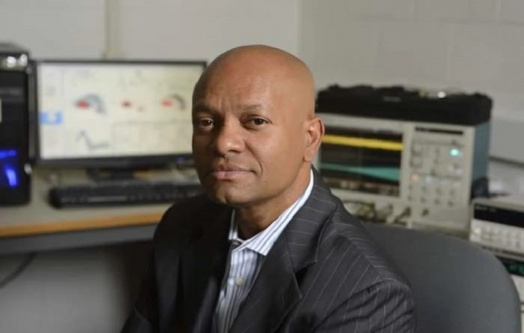 The President of the Republic, Mr Wavel Ramkalawan has conveyed his sincere congratulations to Washington DC  based Seychellois Professor Dr. Ralph Etienne-Cummings on being elected to the American Institute for Medical and Biological Engineering’s College of Fellows (AIMBE).

"As a fellow Seychellois, I am extremely proud to see a child of our soil, attain such honour in his career. On behalf of the nation and on my own, we wish Dr. Ralph Etienne- Cummings, every success in his development. He is a testament that we have immensely capable citizens in all corners of the world who are making tremendous contributions to the development and progress of humanity. I call on all Seychellois to keep floating the Seychelles flag as high as possible and bring honour to our country,” said President Ramkalawan.

According to the Communique released by the University of John Hopkins where he is based, Dr. Etienne-Cummings' Election to the AIMBE College of Fellows is recognised among one of the highest professional distinctions accorded to medical and biomedical engineers. It honors those who have made outstanding contributions to engineering and medicine research, practice, or education.

He is described as a pioneer for the past three decades in neuromorphic engineering and legged locomotion. Mr. Etienne-Cummings’s innovations have the potential to produce computers that can perform recognition tasks as effortlessly and efficiently as humans can and he has developed prosthetics than can seamlessly interface with the human body to restore functionality after injury or disease.