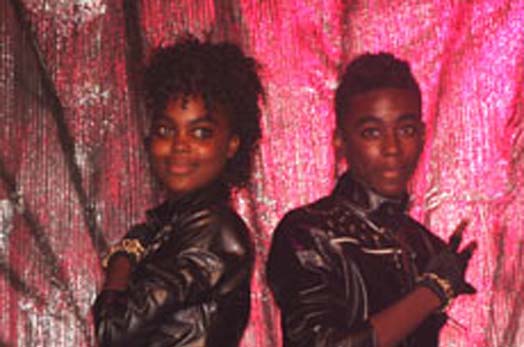 August 2, 2010 -- The President, James Michel, and First Lady Natalie on Saturday attended the finals of the Sesel i annan talan (Seychelles has talent), the annual music show organized by the Jj Spirit Foundation.

President Michel is the Patron of the foundation. He was one of the guests who presented the prizes.

The contest was divided into four categories -- 12-16 years old, duo and more, 17-35 years old and professional.

Each category winners received R17,000 and laptop computer sponsored by the foundation while runners-up received R12,000 and one year free training at the music conservatoire.

Third prize winners got R8,000 and one year free training at the music conservatoire.

In the first category (12-16 yrs) Stephanie Barbé - who interpreted the song If I ain't got you by Alicia Keys - was the grand winner ahead of Steffi Robert who sang Ave Maria by Beyonce.

Anna-Rose Souris was third in the group with Hero by Mariah Carey.

In the second category (duo and more), Isham and Isis Rath, who performed Can't take my eyes off you by Lauryn Hill, surpassed all to top the group ahead of MAD who were runners-up with Umbrella by JLS. Praslin-based Temptation were third with Vre Lanmour by Golty Farabeau.

Jude Beaudoin, who performed I believe I can fly by R. Kelly, was the overall winner in the third category (17-35yrs). Sophie Morgan finished second with Bleeding love byÂ Leona LewisÂ while Joseph Bristol was third with Parce qu'on vient de loin by Corneille.

Antoinette Dodin was the grand winner in category four which was reserved for performing artists. She performed Je t'aime by Lara Faban to finish ahead of Rapper Collin Aglae who sang I'm praying for you by Lecrae.

Angelique Allisop was third with Saving all my love for you by Whitney Houston while the interpretation of Bee Gees' Wedding day placed Dave Pool in fourth place.

All artists were backed by the Zenith band.

Saturday's show also featured a public choice corner through which members of the public had the chance to vote for their best performers through SMS. Results of the public vote will be announced later.