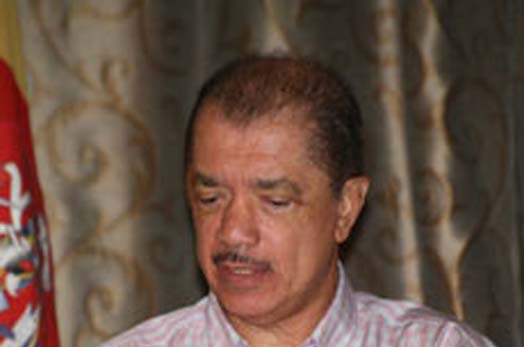 July 29, 2010 -- President James Michel has said the Government fully supports the residents of La Misere in efforts to gain just and reasonable compensation for the suffering and damages they experienced following the 21st February water pollution incident by Ascon. This follows a meeting yesterday with the 15-member Committee representing the residents.

"The full weight of the state is behind the Committee. I have ordered that all Ascon workers GOPs [Gainful Occupation Permits] are cancelled today. They will not be allowed to continue building work and the head of Ascon has been asked to come to Seychelles to continue discussions," said President Michel.

The President has said the Government would take the lead in ensuring that the residents' rights are protected, and a bi-partisan committee has been created to continue the negotiations with Ascon.

The new committee includes the original members of the la Misere Residents Committee as well as Minister Joel Morgan, the Attorney General Ronny Govinden and other members of government who will maintain pressure on Ascon to reach an out-of-court settlement.

The residents are demanding fair and just compensation from the building contractor Ascon for the trauma, material and health damages following the water pollution incident in February this year.

The President has said that after six months of protracted negotiations Ascon has made a grossly inadequate offer to each household that was affected in the water pollution incident provoked by its negligence.

"The compensation offer is ridiculous.Â  La Misere residents have suffered too much. Throughout this negotiation the Government has done its best to ensure that the people of La Misere who have been affected by the water pollution obtain fair and just compensation from Ascon. We have spared no effort to bring this matter to a satisfactory solution. It is regrettable that Ascon have failed to treat this matter with the seriousness that it merits and in the process has caused deep frustration among the affected residents of La Misere," said President Michel.

The residents have requested that the President takes up their plight and intervene in order to protect their rights. They asked the President to visit La Misere homes and see the degree of the problems they are facing.