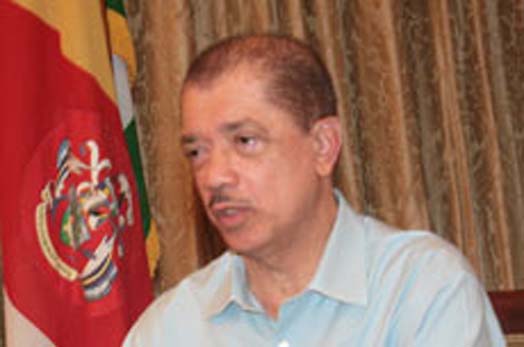 July 26, 2010 -- President James Michel has said that Seychelles made the right choice by being pro-active in the fight against piracy.

"We have managed to create this awareness at international level, and today a whole community is with us including the African Union - which at first did not show much interest," he said.

Mr Michel said that when attending regional and international forums he has made it his responsibility to touch on the subject of piracy and how it is affecting our region and country. Now even the United Nations has taken a keen interest in the fight against piracy, he added.

"We have made our international partners aware of the need to resolve the problem in Somalia and of the fact that the scourge of piracy in the Indian Ocean is not only a regional problem but an international threat," said Mr Michel.

He added that Seychelles has made the right choice by being pro-active in the fight against piracy.

At the same time, the international community has shouldered its responsibilities to ensure the security of the shipping lanes, which are also used by European countries and the United States.

The President said during the past weeks Seychelles has hosted several international conferences on piracy and "we also have a rolling plan for a period of 30 years on how we want to address this issue in the Indian Ocean".

Mr Michel said though the pirates are affiliated to terrorist groups like Al-Shabab, Seychelles had to take a stand and fight back.

"We could not allow these pirates to destroy our economy and take our people hostage," he said.
He added that we and other countries in the region must have the necessary intelligence and take measures to ensure we do not become a target for terrorists.

He also thanked all our allies and friendly countries that are helping us through various donations, such as the United Arab Emirates which has agreed to fund a new coast guard base and position radar equipment on several of our islands.

India will be providing a surveillance plane and two helicopters, and will also instal radar on the outer islands.

Mr Michel said all this much-appreciated and much-needed help will definitely beef up our security and place us in a better position to trace pirates and tackle other illegal activities in our waters such as drug trafficking.
Â
Â