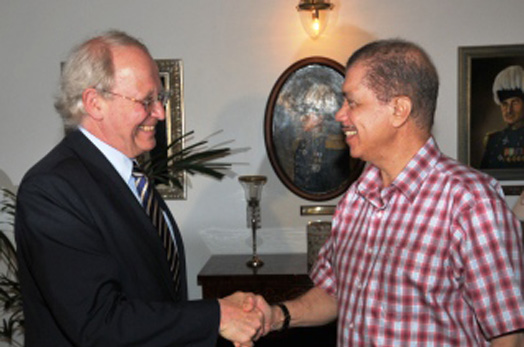 May 18, 2010 -- Greater community involvement and local empowerment advocated by President James Michel have been of great interest to the Commonwealth body responsible for local government, its secretary-general said yesterday.

Carl Wright of the Commonwealth Local Government Forum (CLGF) was speaking yesterday after discussing its principles of local government and democracy with Mr Michel at State House.

Mr Wright's visit was aimed at finding out more about the ongoing local reform and empowerment programme.

He has promised help from his organisation - through links with Mauritius - in terms of advice and expertise on different models of local democracy, especially now Seychelles is looking towards reforming its system.

Mr Wright said he is impressed by the way local district committees function, and especially with the active involvement of both the community and the ministries.

He was referring to a visit he made earlier yesterday to the Roche CaÃ¯man district administration office, where he attended a district team meeting. He also paid a visit to Mr Meriton at his office in Oceangate House.

Mr Wright said that apart from giving overseas guidance, the CLGF will also learn from Seychelles, especially about its initiatives on volunteerism.

The CLGF is a global local government association for local authorities in all member countries of the Commonwealth.