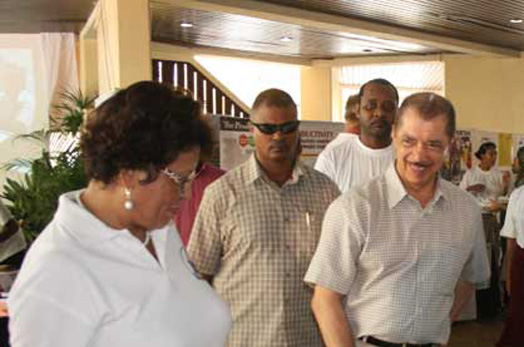 Ministry's open day, an innovative way to reach out to public

March 13, 2010 -- An open day held on Friday by the Ministry of Employment and Human Resources Development has been described by President James Michel as an innovative way to reach out to the public.

President Michel spent some time at the event which took place on the ground floor of Independence House, Victoria.

The President said he was pleased to see people filling out job cards, asking about job opportunities and registering with employment agencies.

"I am encouraged to find people taking the initiative to find a job, and using this open day to its maximum potential," Mr Michel said.

"The government needs to be closer to the people, and this ministry has made an excellent start with this open day. This is the best way we can find out what the public wants from the government service, and also to educate the public about the way that government functions."

In his state-of-the-nation address in February President Michel called for the government to intensify efforts to get closer to the people.